Ever since I was a young kid I had always been fascinated by things that fly. I had my head buried in books about planes, helicopters, and rockets as far back as I can remember. I had always known that I wanted to do something with flight since I was a child, and I began studying math and science throughout my schooling to satisfy my need for tinkering and building. During my senior year of high school I decided to take a part time internship at a UAV Lab at the University of Kentucky where I started getting some hands on knowledge about fixed wing RC planes and drones in general. I began avidly building my own RC fixed wing planes and flying every day, until I stumbled across a video of drones racing through the woods in France and then got my first racing drone and have been racing ever since. After 2 years of racing drones I made my way onto The Drone Racing League series on ESPN and have been a regular season pilot since 2016 and placed 3rd overall in the 2016 and 2017 season. Growing up with two brothers I was introduced to RC racing for a lot of teenage years and was later introduced to FPV thanks to growth in the hobby on social media and friends who were began participating in the hobby at the time. After 3-4 months of flying I was introduced to a couple of large local multirotor clubs in Melbourne, Australia 2017 who specialized in quad racing and freestyle events. For the next year I worked on growing my social media and began competing monthly, training weekly and having the opportunity to learn from top pilots such as BMS Paul and Thomas who also competes at my club. At the end of 2017, I successfully placed 3rd over all in my division and since then have had the opportunity to begin travelling to other major international events such as the MultiGP International Open 2018, to further grow and challenge my skills as a pilot. My goal is continue participating in new events, bettering my skills and speed and striving towards one day having the opportunity to participate in a major racing league. 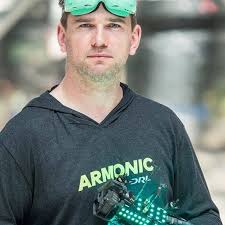 Music city USA FPV pilot. Freestyle pilot and paying it forward is what I do. Success is like a fart it only bothers people it’s not theirs. Jean-Michel Lassonde aka "Cmonster" is a top Canadian pilot. Being bit by the FPV bug in late 2016 it did not take him long to move up the Canadian race rankings. After placing in the top 10 at the 2017 Canadian National his passion only grew stronger. Many podium have followed. Dedicated,passionate and part of Team FlightOne, he has now become a staple in the Canadian fpv landscape. .

I got into FPV almost 3 years ago. After 2 years of hard work and dedication won South African Nationals in April 2018, and I was chosen to represent South Africa in the FAI Drone World Racing Championships held in China. I managed to get into the knockout stages of the competition and hope to be competing on an International level again soon.  I absolutely love the thrill, strategy and competitiveness of FPV Racing.